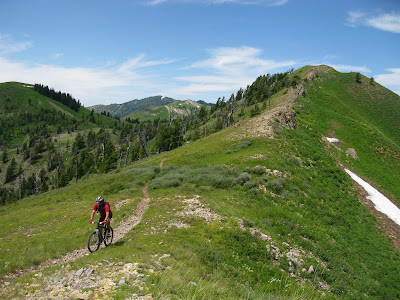 Mountain Biking the Big Hole Crest Trail has been a goal of mine since I first heard that it was possible.  The route is a 18-20 mile mountain bike ride on single track, contains over 6,000' of elevation change, mostly above 8,000' in elevation, and its not a frequently travelled mountain bike route.  I set off to do this with a buddy from work, John "the python" Slaughter, and Chloe "the dog". 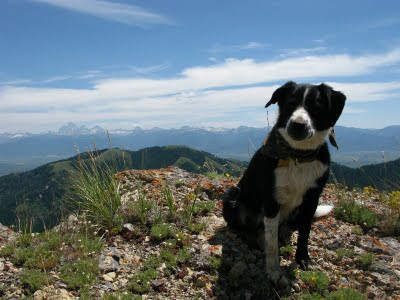 There are more hike-a-bike sections than I had anticipated and some of the climbs are just brutally sustained. 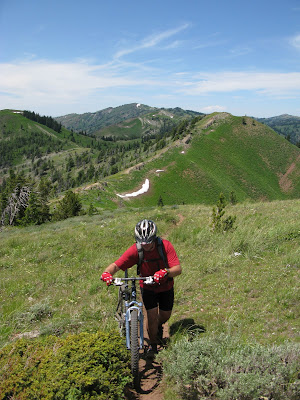 About halfway through the ride we got off the correct trail and ascended Red Mountain... Then Descended the wrong ridge down some of the most difficult riding I've ever encountered.  On top of all this we were already out of water and the mid afternoon sun felt hotter than ever.  It was slightly desperate. 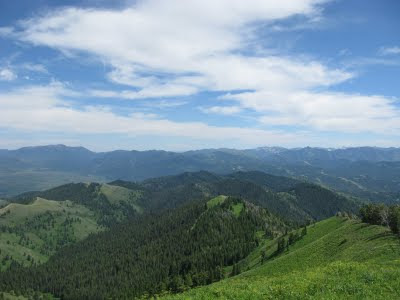 We had to hike our bikes back up the loose, steep, terrible trail we had gone down... About a 2,000++ vertical foot error!  It was painful and we still had 8 miles of riding ahead.  I don't think I have ever ridden a bicycle so tired and dehydrated in my life. 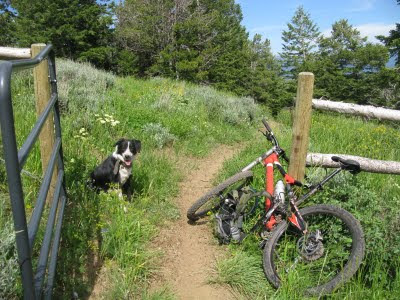 Once we found the trail again we had a steep downhill-hike-a-bike to Government Pass.  Then a beautifully long downhill until another hike-a-bike up Squirrel Mountain.  This is my last photo from the day.  We were all tired after this ride but we made it!! Certainly a ride that tested me in many ways!